InfinitumX is a censorship-resistant, decentralized hub for the internet to express itself. It's essentially an internet arts project with some game theory dynamics, an economy, and a special form of governance and tax system.

To help understand InfinitumX better, we need to go back to 2005 and meet a man named Alex Tew. He came up with the idea of "The Million Dollar Homepage". Essentially, he created a 1000x1000 pixel image (resulting in a million pixels) and offered to sell each for $1. And he did! The board turned into this beautifully collaborative patches of art with a link (many of which are broken today). The pixels were snatched up by businesses & individuals alike. Absolute genius.

Here is a Wikipedia article if you want to dig deeper into it. 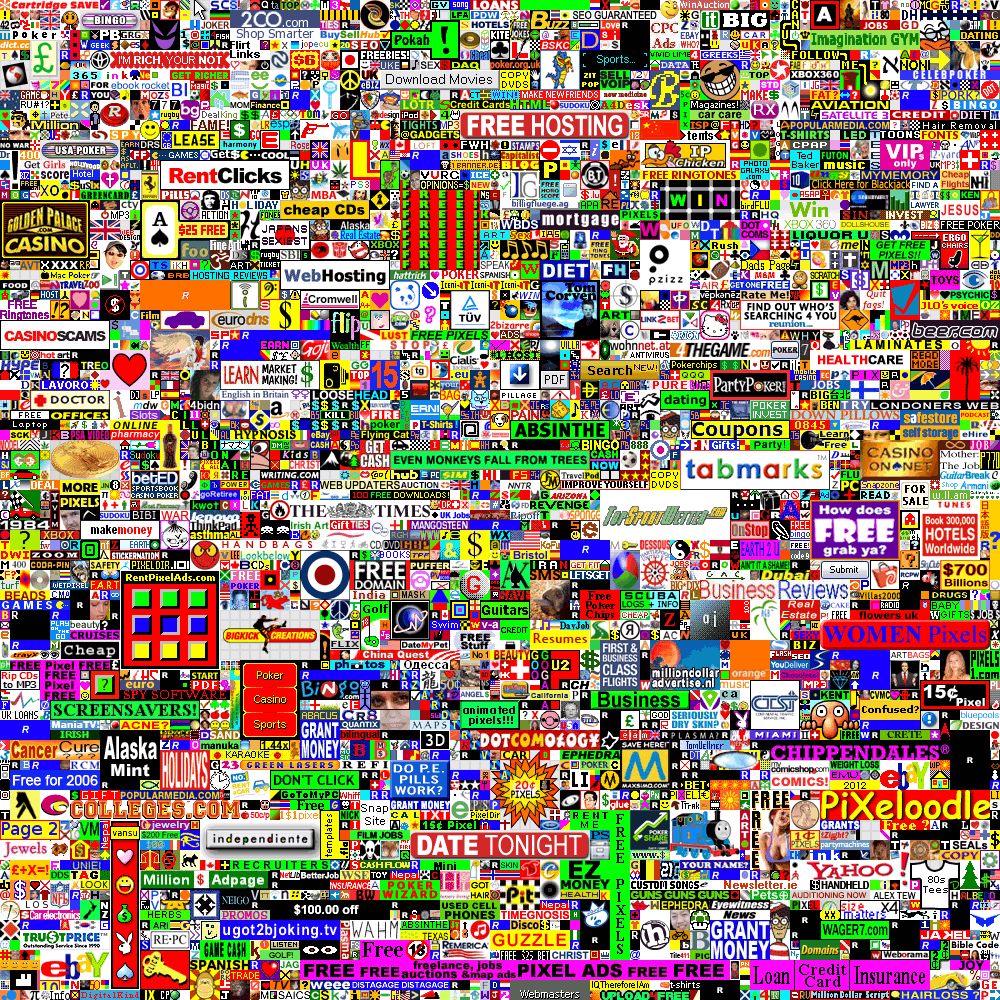 Alright if you thought "The Million Dollar Home Page" was a great idea, this one takes it to the next level. Reddit Place was a social experiment (According to Reddit) that was conducted on April Fool's Day in 2017. It involved a blank online canvas, on which the registered Reddit users could edit the color of a single pixel. A timer prevented users from placing too many pixels.

Well, not much else to say, here is a stunning time-lapse video of what happened next:

Did you see Germany battling it out with France? The "Black mass"? All of this was done pixel by pixel by groups organizing themselves in subreddits. Countless battles and collaborations ensued. The experiment ended soon after, but this has been one of the greatest Reddit projects to date.

The next iteration of the same idea. InfinitumX is a collaborative 8K size canvas, divided into 30x30 square "areas". Each area can be bought and owned by an Polygon wallet address. Once bought, an image can be uploaded to the area.

The economics of the board is governed by Harberger's tax (In-depth details here) which in layman's terms means that you are forced to define a price you'd be happy to sell an area for. Say you bought an area for 0.01 MATIC and you'd be happy to sell it for 0.05 MATIC. This means the board would charge a yearly pro-rata tax on the value you set (0.05 MATIC). Set a value too high, and you'd be taxed too much. Set a value too low, and someone else would come and snatch it from you. You'd make a profit if you set the price higher than your purchase price, but the sale would be forced. ie: Anyone can come and pay you the amount you said you'd be happy to sell an area for, and they'd own it.

The board is also censorship-resistant. Please read the detailed explanation here.